What is a Disability?

A disability is a legal term defined by federal statute and case law. It also has cultural and medical meanings. In order to determine eligibility for services and accommodations the legal construction and meaning of the law has been used to the extent possible. Because of the lack of clarity in the case law and other legal findings as to who exactly qualifies as disabled, the standard for determining disability and eligibility has grown increasingly complex and confusing. Our intent is not to define disability, rather it is to develop guidelines and criteria for interpreting the existing definition as described in legislation and case law.

The American with Disabilities Act (ADA) definition of "Disability"

“As used in this Act:

“(1) DISABILITY.—The term ‘disability’ means, with respect to an individual—

“(A) a physical or mental impairment that substantially limits one or more major life activities of such individual;

“(B) a record of such an impairment; or

“(C) being regarded as having such an impairment (as described in paragraph (3)).

“(3) REGARDED AS HAVING SUCH AN IMPAIRMENT.—For purposes of paragraph (1)(C):

“(A) An individual meets the requirement of 'being regarded as having such an impairment' if the individual establishes that he or she has been subjected to an action prohibited under this Act because of an actual or perceived physical or mental impairment whether or not the impairment limits or is perceived to limit a major life activity.

“(B) Paragraph (1)(C) shall not apply to impairments that are transitory and minor. A transitory impairment is an impairment with an actual or expected duration of 6 months or less.

“(4) RULES OF CONSTRUCTION REGARDING THE DEFINITION OF DISABILITY.—The definition of ‘disability’ in paragraph (1) shall be construed in accordance with the following:

“(A) The definition of disability in this Act shall be construed in favor of broad coverage of individuals under this Act, to the maximum extent permitted by the terms of this Act.

“(B) The term ‘substantially limits’ shall be interpreted consistently with the findings and purposes of the ADA Amendments Act of 2008.

“(D) An impairment that is episodic or in remission is a disability if it would substantially limit a major life activity when active.

“(I) medication, medical supplies, equipment, or appliances, low-vision devices (which do not include ordinary eyeglasses or contact lenses), prosthetics including limbs and devices, hearing aids and cochlear implants or other implantable hearing devices, mobility devices, or oxygen therapy equipment and supplies;

“(II) use of assistive technology;

“(III) reasonable accommodations or auxiliary aids or services; or

“(ii) The ameliorative effects of the mitigating measures of ordinary eyeglasses or contact lenses shall be considered in determining whether an impairment substantially limits a major life activity.

“(iii) As used in this subparagraph—

“(I) the term ‘ordinary eyeglasses or contact lenses’ means lenses that are intended to fully correct visual acuity or eliminate refractive error; and

"Disability Under the Fair Employment & Housing Act"
What you should know about the law. 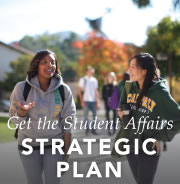 Get the plan here